Behind The Music Video: David Ramirez's “Watching From A Distance”

If you haven’t listened to David Ramirez, we 10/10 recommend that you do.

Ramirez is a Texas-based singer-songwriter with a haunting and unforgettable voice. His raw and intense delivery is unmistakable.

We caught up with filmmaker Erica Alexandria Silverman, who directed a pair of videos for Ramirez’s song, “Watching From A Distance.” Below is our Q&A with Silverman, who resides in Fort Worth with her husband, musician Robert Ellis. The behind-the-scenes photos in the gallery are courtesy of Silverman.

3&L: What led you to directing music videos?
Silverman: I didn't aspire to be a filmmaker. I didn't go to film school. I've always been obsessed with movies. I just remember (music videos) always being a thing. I really loved them and just whenever I was listening to music - this is something I now reflect on - I was always kind of doing that in my head, but not aware of it.

But I never was around any filmmakers or anything, so I didn't know that was a job. So I went to business school, dropped out, but in the middle of college, I made a short film just for the hell of it. I watched YouTube videos on how to use a camera and what do you do in editing and how to do everything.

So my boyfriend - at the time - and I, we wrote the story and we cast our elderly neighbor and just made this film. And then for whatever reason, by being naive, we’re like, ‘Let’s submit it to festivals,’ and it ended up doing really well.

And kind of just like through that, I ended up doing a commercial for the college, random stuff like that, and made a few more short films. And when I moved to Austin, this rapper needed a video. I'm like, ‘Yeah. Cool. Okay.’ And then I kind of just started to get into it. You know, I've always loved this. I just didn't even think about it.

And then I met Robert (Ellis) and convinced him to let me direct his music video. And then from there, Austin’s small, so I just got reps in different places.

3&L: How did you get introduced to David Ramirez?
Silverman: I met him probably around three years ago. He reached out to me, and I don't remember how he found me. I had done a few people's music videos, so I'm sure it was just through the grapevine.

We went out to lunch, and he wanted to do a narrative music video for “Watching From A Distance.” He sent me the song and he was like, “I just kind of want you to do your thing.” And while we were working on that one, that's when we shot a live version for it. He definitely wanted more of a performance element to it. I always say, if you're going to do a performance, why not just do a live video? Which is probably why we ended up just doing the live video.

3&L: Explain the narrative of the official music video.
Silverman: The song kind of speaks for itself - the lyrics are very narrative. So I just wanted it to be a little more subtle. So the whole idea was just that he's this spirit in this old building and he is trapped. He can't get out.

And so the only thing he can do in this building is watch everybody and watch the world from inside. And his journey is from the basement all the way to the top floor. It's not really specific. It's more of an esoteric, feeling-type vibe. But I really liked the idea of…he can't ever leave and he’s just stuck watching the world go by, and he's okay with that.

3&L: Explain the meaning of the song and your initial reaction to hearing it.
Silverman: It’s about a breakup and you still love that person from afar. And even though you don't see them, you still have feelings for them, or you still care. It's really beautiful. And I felt like in a way, we could represent that without it being so on the nose.

(David) is fucking incredible. His voice is insane. And he's just got that thing. You know when you meet somebody and you can't really articulate it, you can't really put into words what it is about them, but they've got it? They have that thing. And he has that. And when I first heard the song, I dug it. It was great. But it wasn't until I heard him live that I really got the feels from him.

We’ve done a lot, probably 5-6 live videos together, and every time I'm blown away by him. It’s so effortless for him. It's just really beautiful, and I love his songwriting. It's just really cool. I feel lucky that I get to work with him. 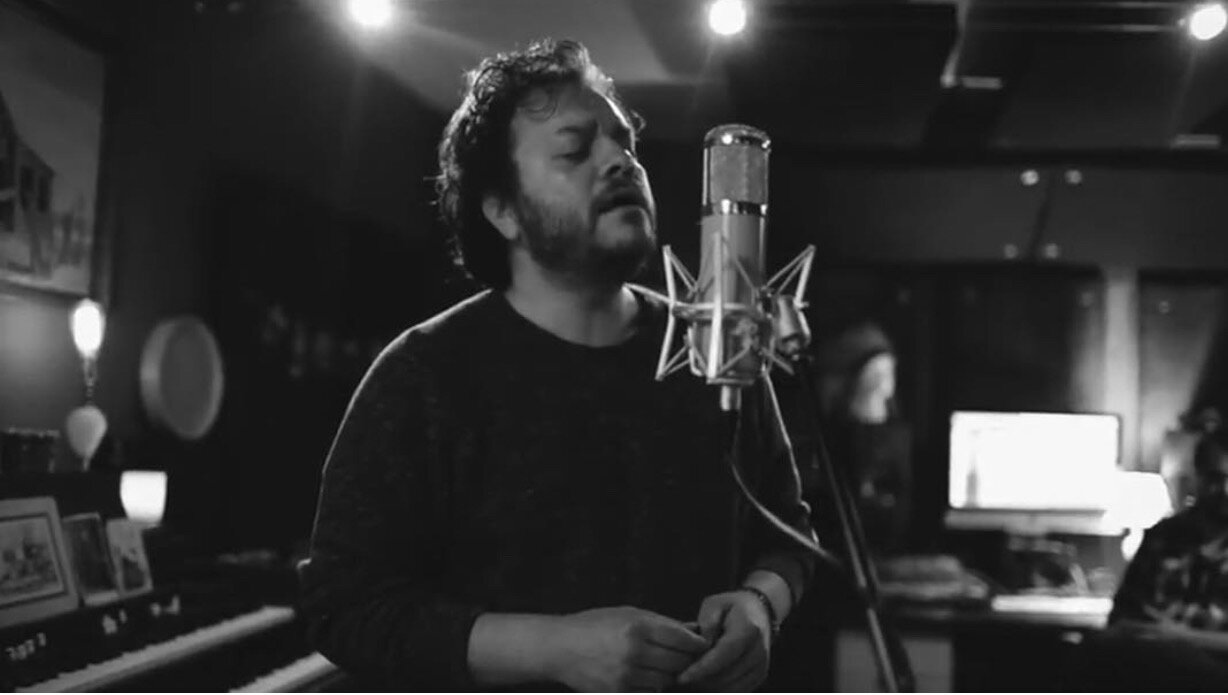 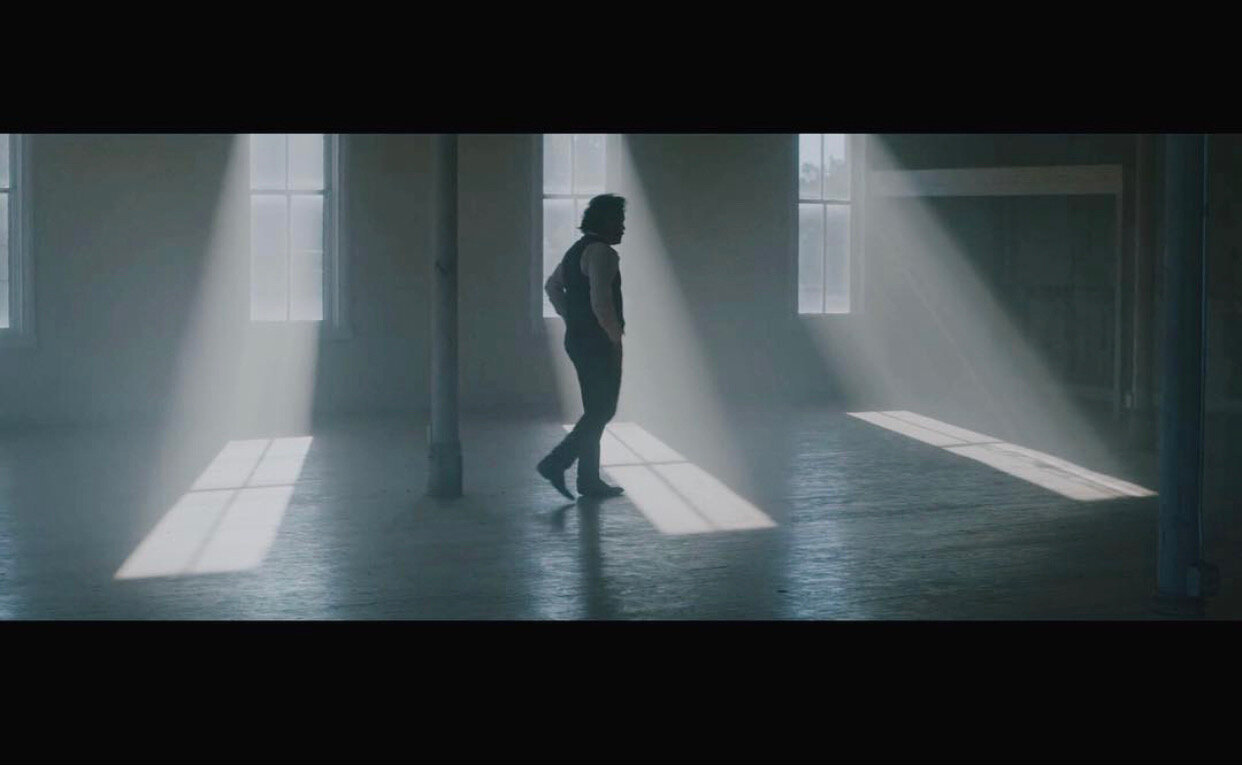 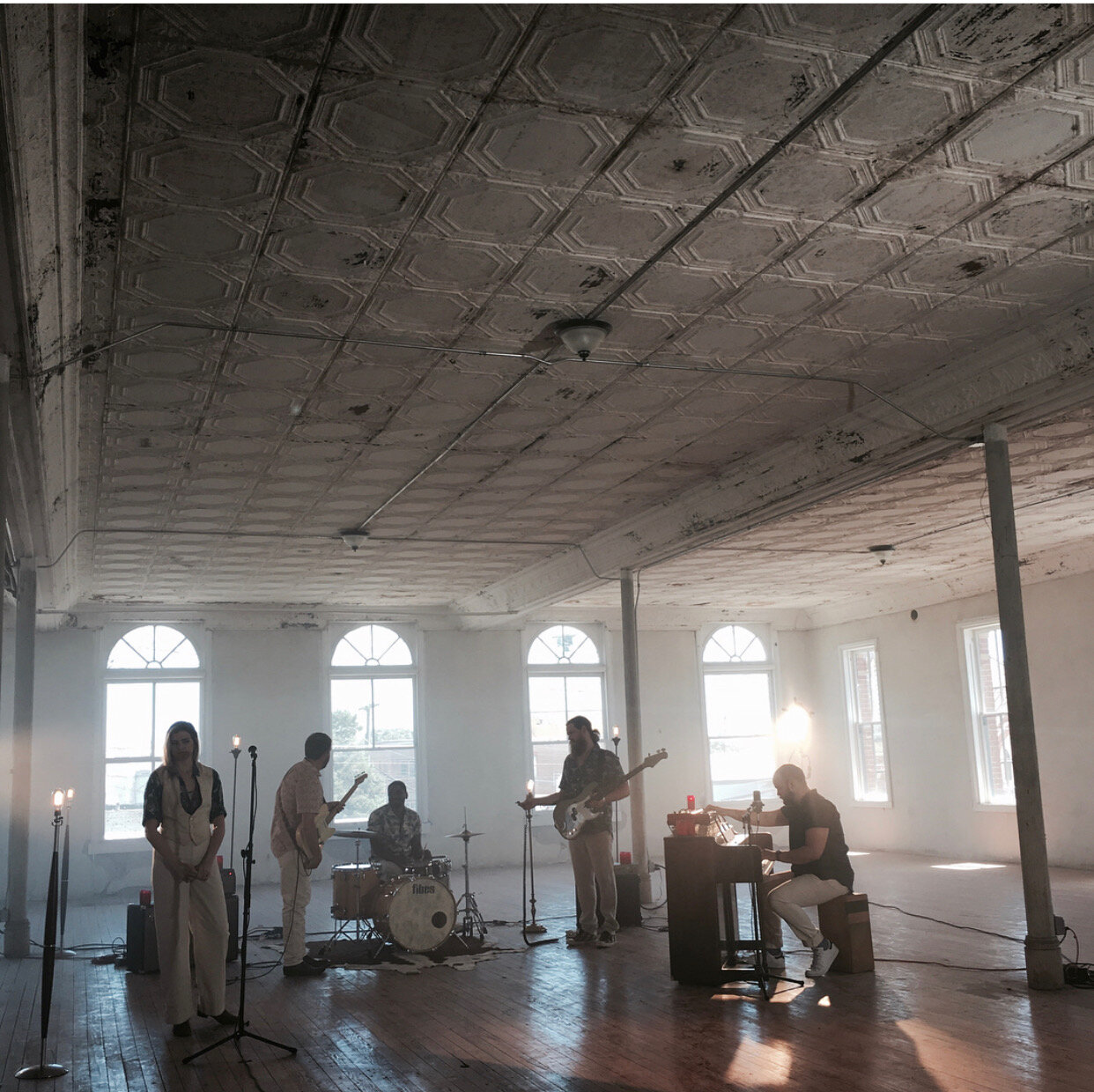 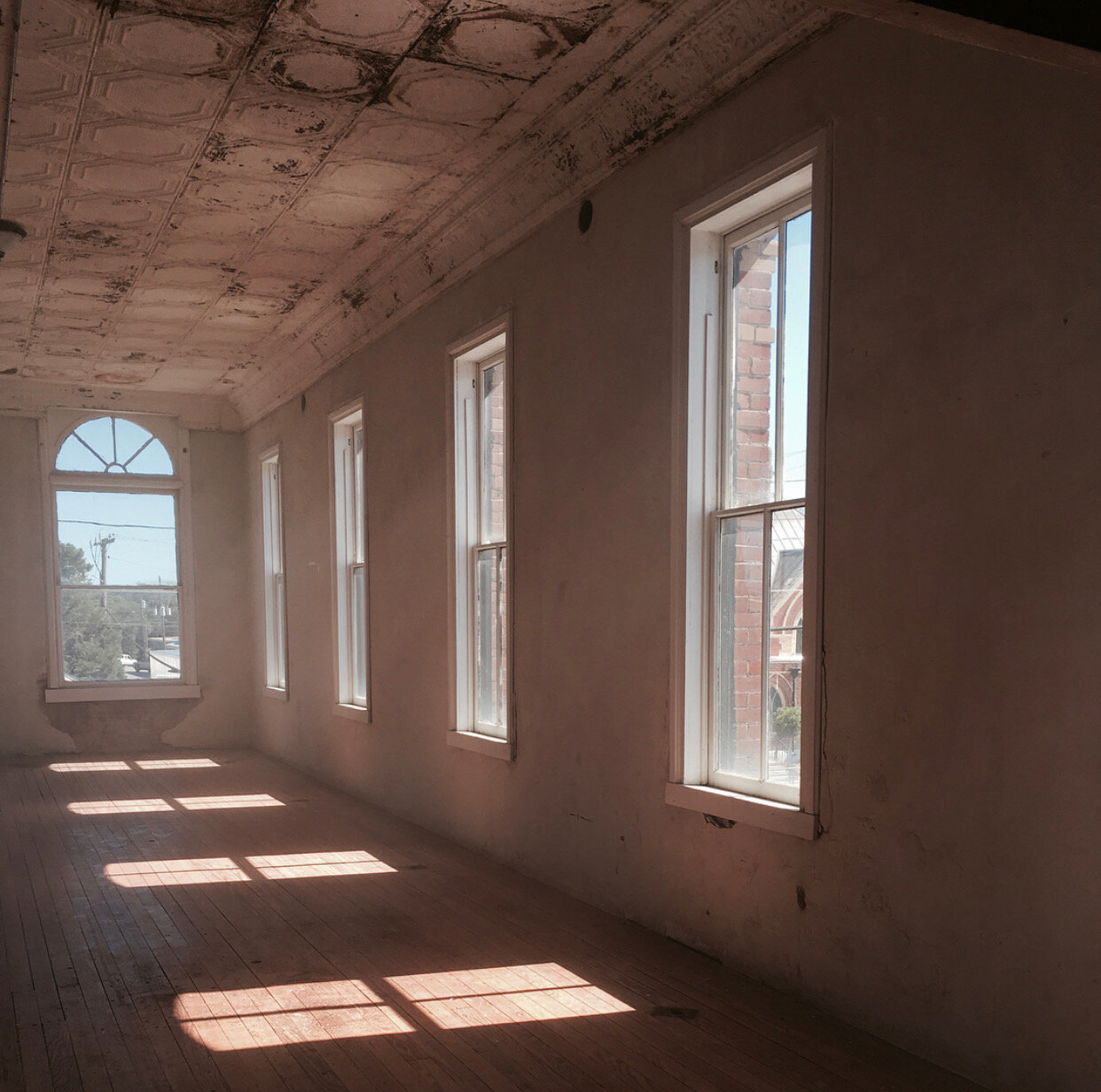 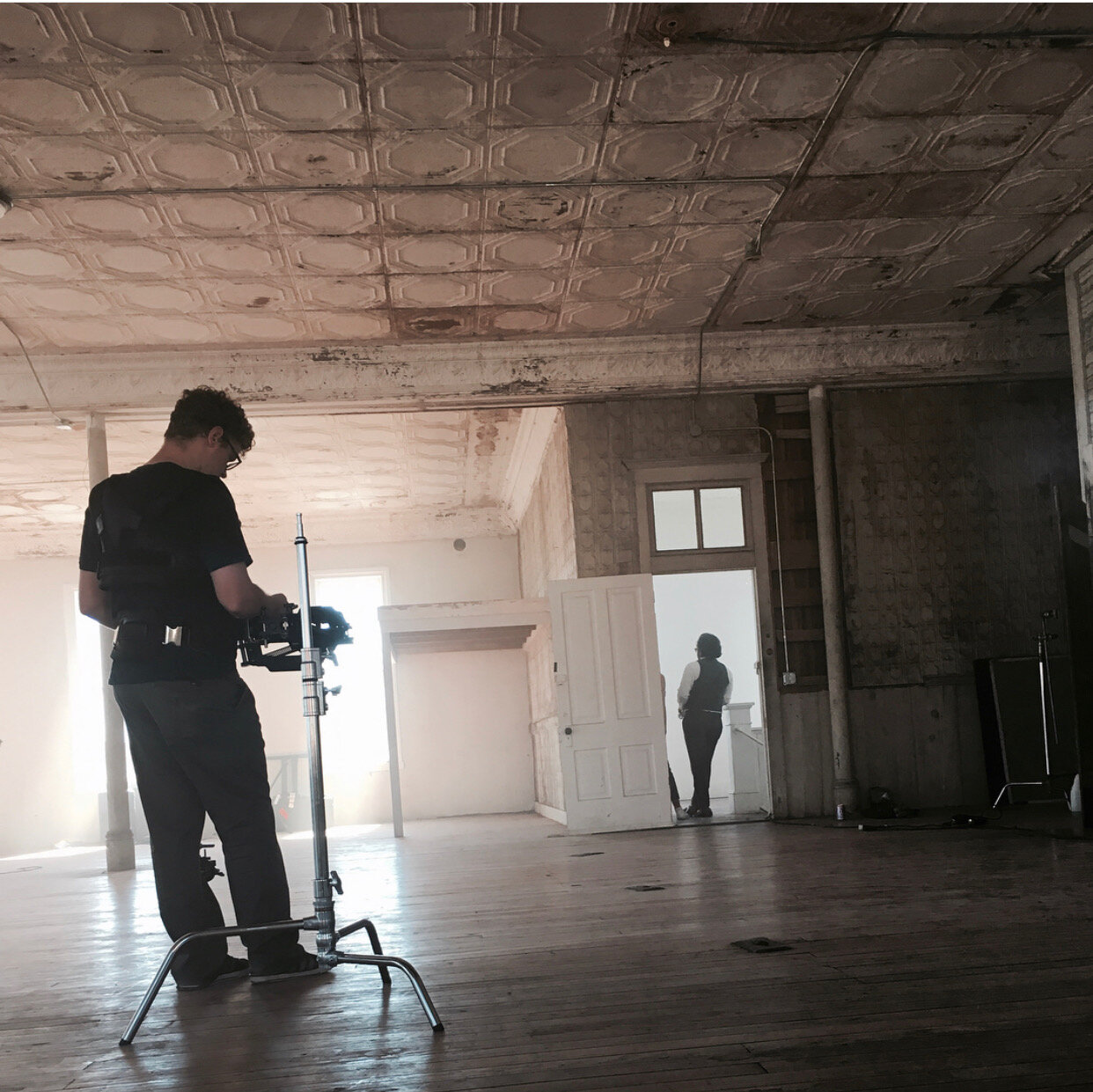 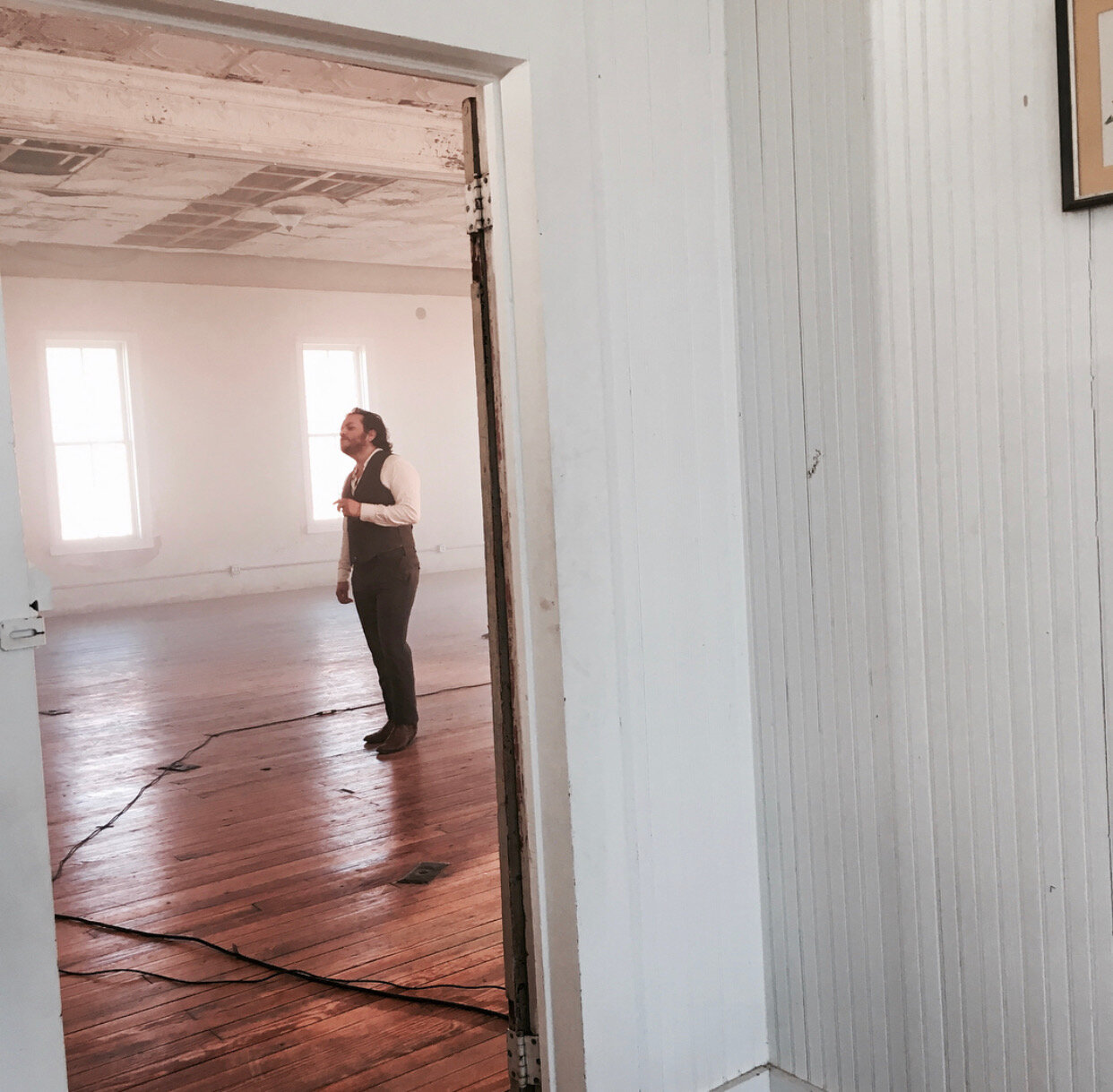 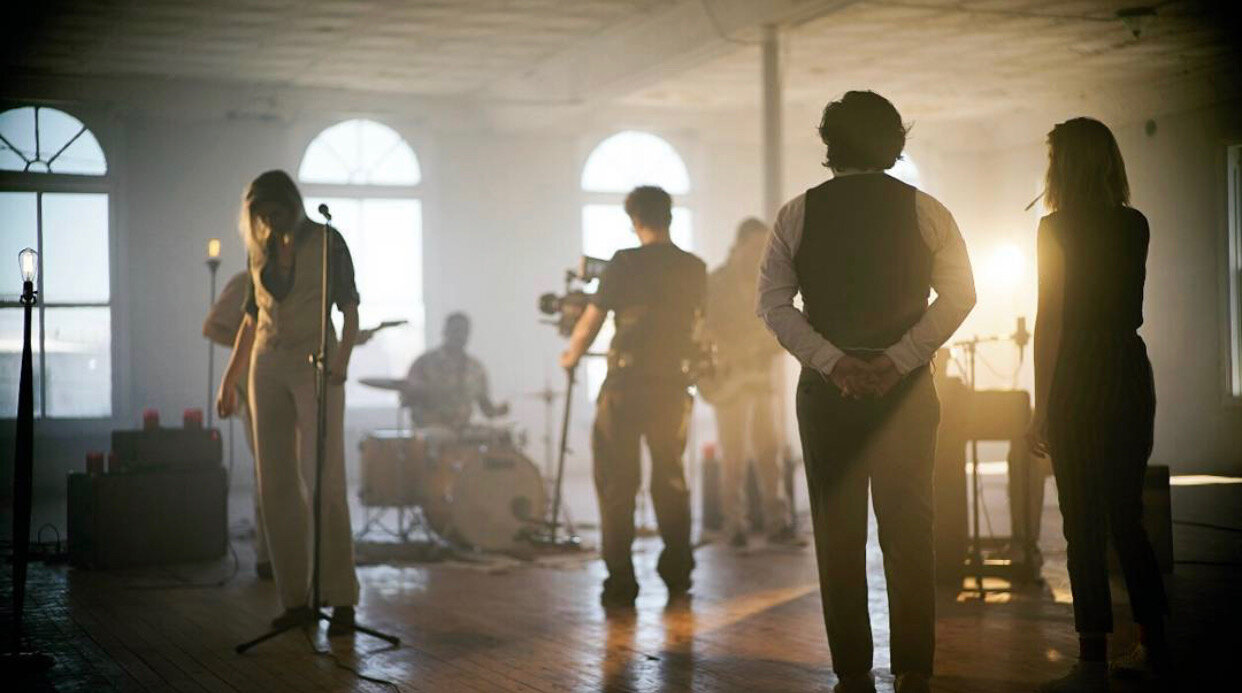 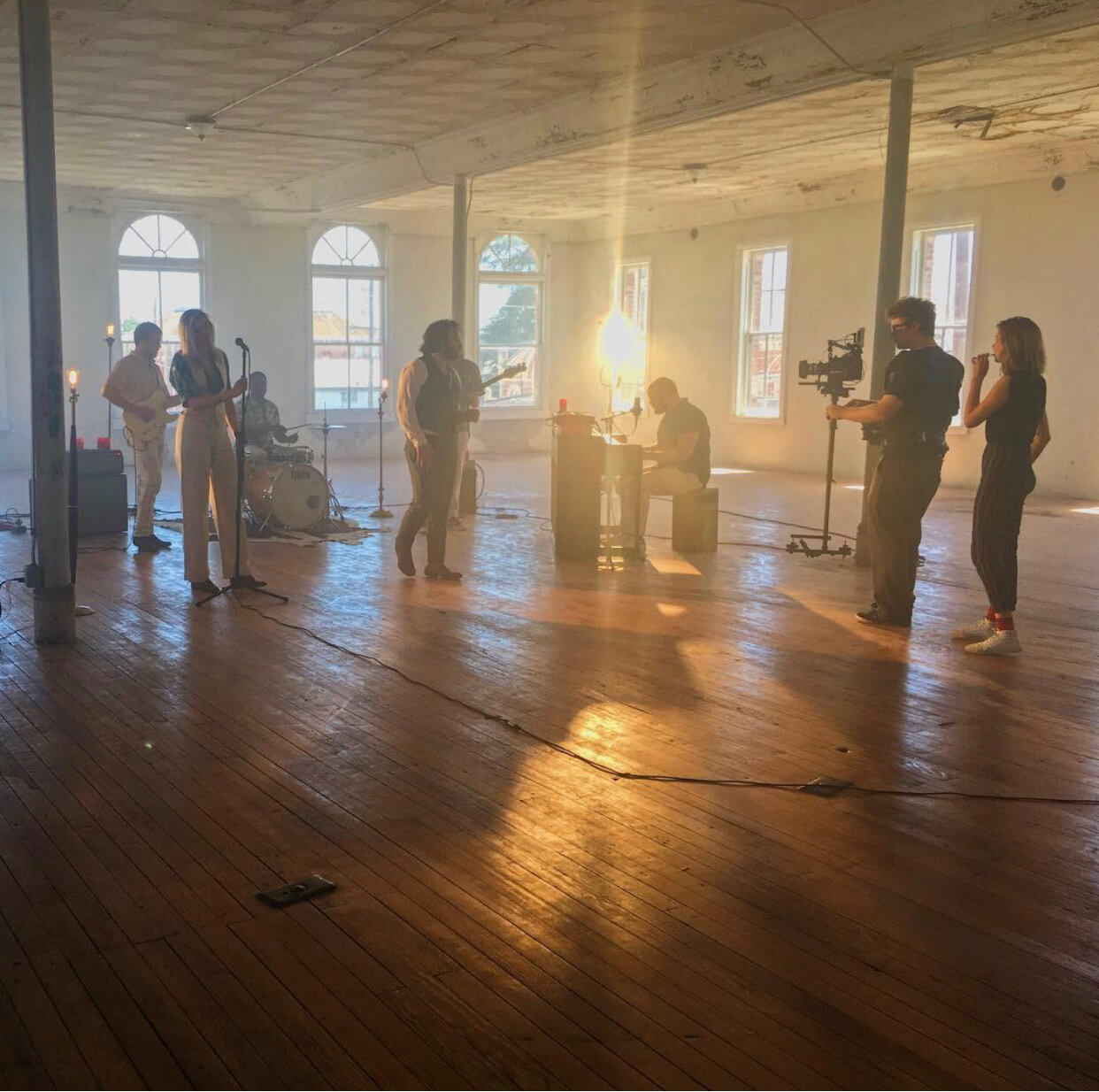 3&L: What do you enjoy about filming live performance music videos?
Silverman: I am just really into that. I would prefer not to do performance-style videos. I feel like that's what a lot of people - like labels - especially want within the video. And it’s kind of just driving me nuts at this point.

I just think it's more effective to do a live video. If you're capable of doing it, which (David Ramirez) absolutely is, fucking do that, you know? A lot of people can't do that. So I think, yeah, it makes sense that they do these performance-style videos. But he does not need to do that. If anything, he should have crazy narrative videos and only do live performance videos, but that's just my 2 cents. I'm not a manager.

3&L: Where was the official music video filmed, and what was the budget?
Silverman: That was filmed in Lockhart, Texas. And I think we had $4,000.

3&L: Was the flashing police car in the official music video (2:59 mark) random or staged?
Silverman: It was random. And I was just screaming. So my buddy Evan shot it, and he was upstairs shooting one of the other guys in the band, and I was like, ‘Evan, get down here!’

We just turned it on, and I was like, ‘Okay, dance or whatever in front of this window,’ because the cop was not there long. So we just happened to grab it right in time.

3&L: The couple at the end of the official music video - I assume that's meant to be David Ramirez’s ex-girlfriend who found a new guy?
Silverman: Yeah, it was supposed to be hinting at it. It’s actually me and Robert and our dog. Yeah, I saw it today. I was like, ‘Oh my God, my hair is so short.’

3&L: Do you have one favorite part of the official music video?
Silverman: My favorite shot to execute was the shot – there was an elevator shaft that was working in this building. And I was like, ‘We gotta get this shot where Dorian's playing drums and then the elevator is going up or down, but it's moving as we're pushing in (the camera).’

It was just really difficult to do, because it was on a manual (setting). We had people on the sides with the ropes, and it wasn't very smooth. But we eventually got it (see the shot at the 1:57 mark), and it looked badass. I need to rewatch it to see if that shot even looks as cool as when we were shooting it, but that was my favorite. And also the cop was cool.

3&L: For the live music video, what was the budget?
Silverman: Oh, that was no budget. I think maybe like $200-300, and we shot at Rattle Trap Studio in Austin.

3&L: On the live music video, did you want to go black and white from the get-go, or is that something you decided on later?
Silverman: It was later, because I was coloring it and I was just messing around. I do remember that we had a shoulder rig, and it looked too smooth. And so we just did handheld. So looking back, it's really choppy. But I like that. There's something like raw and real about it, and I feel like everything is just so smooth all the time and so perfect. Especially now because you're able to with steady cams and everything - it makes it really easy to make a smooth shot.

It's almost like you have to think about bringing it back to be more organic.

3&L: Did you shoot the entire live video with one camera on a single take?
Silverman: Yeah, it was just one. And I think he recorded three times, but I think we went with the first take. He's crazy. Like you really only need one take when he's doing it basically alone. But even when there was a band - because we just did a few live videos with a full band - and even that - at most - we did three takes. It's nuts. Because I do live videos for people and that is not the way it happens. You know what I mean? He's unbelievable.